After our cancelled session last week due to a torrential rain storm, the Reception children headed off to Forest School with a skip in their step and full of excitement!

After listening to our Forest School rules and risk assessments we played a well-known Forest School game called ‘1, 2, 3, where are you?’ While four children were chosen to be the finders, the others hid and waited for the echo game to begin. 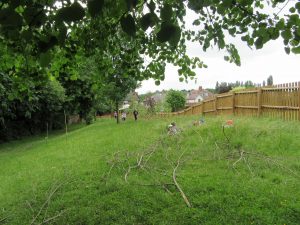 Explorer Ted was then found hiding in the outdoor classroom! 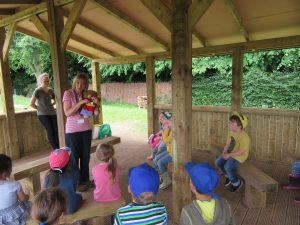 He had lots of paint swatches in his special bag, and set the children the challenge of finding things in the great outdoors which matched some of the colours on their chosen swatch. The children were fantastic at finding different shades of green, brown and yellows. 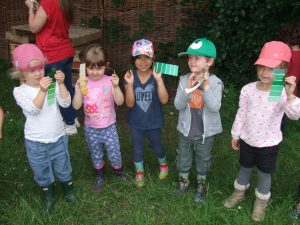 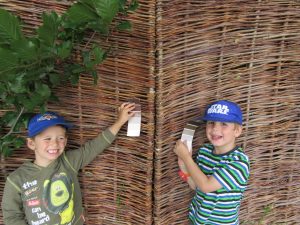 ‘The Gruffalo’ by Julia Donaldson was used as the inspiration for our next activity. Working in two groups the children were given the task to make a log pile home for snake. The children were brilliant at following rules and were measuring sticks against their arms, to find out if they were shorter and so could be carried. If sticks were longer, they had to be dragged of carried with a partner. With expert teamwork two log pile homes were soon created and the snakes were moving in! 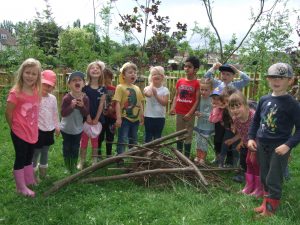 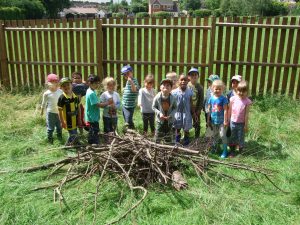 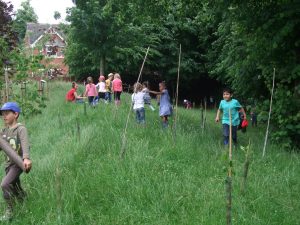 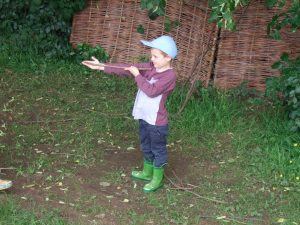 The afternoon was completed by a lovely cup of hot chocolate, biscuit and a Forest School song which helped us to recall what we had all been busily doing.